in the midst of the biggest comedy boom in modern history, the community surrounding comedy is beginning to divide as comedians embark civil war
The cover of the 2019 Comedy Special from Conservative Comedian.
Nick di Paulo is giving the middle finger to several protestors that are fighting for racial equality, sexual equality, and gender equality. One of the men he is giving the finger to is African American Rights Activist, Muhiyidin Moye, who was shot dead in 2018).

While political and social tensions have infested itself into every corner of America, many of us have accepted the nightmarish fate our future seems to hold, others hope for a better one, a good amount of people merely wallow in self-medicated attempts to numb themselves away from an incredibly toxic environment. While these all may seem like solid plans of action, accepting fate will likely worsen mental health, hoping for a better future hasn't gotten anyone very far, and self-medicating definitely works in the short-term, until every single problem you had before self-medicating becomes significantly worse after months. However, there is one thing that the human psyche has been used as a powerful form of expression and means of enlightened mental health since our species evolved into having the ability to laugh and experience small moments of escapism after seeing or hearing something relative to your comedic preferences.

To quickly recap some of comedy's historical relevance — directly following the television sitcom boom, in the 1960's and 70's emerged a new form of entertainment, that couldn't be restricted by any television censorship. Comedians like Lenny Bruce were targeted by law enforcement and the U.S government over means of obscenity and purposefully corrupting the moral standing and youth of the population. However, in the 1960's you couldn't use the word «Pussy» in front of an audience without immediately being treated as a demonic entity, nevertheless, freedom of speech wins. Lenny Bruce died of a heroin overdose relatively fast within his comedy career, but his legacy would inspire generations of modern comedy to come.

In the 1970's to the 1980's over 800 comedy clubs would open in the United States. Richard Prior would go on stage and give the true recounting of his horrifying crack addiction, which lead to a psychotic episode where he had lit himself on fire and ran naked down LA. Saturday Night Live (SNL) would make jokes about abortion, suicide, racism. Comedy began to form different genres. There was stoner comedy (comedy about smoking weed), sex comedies (comedies about sex), alternative comedy (comedy that sets out to make a conscious break in the mainstream stylings of comedy). Despite the growth of diversity within the comedy community, it seemed as if all comedians and comedy writers had a distinct kinship, they respected one another for being part of the craft, regardless of their stylings or personal views, but that fantasy ended.

In 2015, critically acclaimed comedian, Louis C.K was accused of projecting workplace sexual abuse onto several of his female colleagues and suddenly people's true feelings began to come out. Several comedians would take the «pro-Louie» side, while the other side of the comedy community is protesting with victims of sexual assault and urging comedy club owners to not book Louie C.K on their shows, and a majority of clubs followed along with this.

More recently, SNL had made an attempt to bring on some more conservative appeal onto the show by hiring Philadelphia based comedian and stand-up, Shane Gillis. Within 24 hours, videos of Shane on his podcast «Legion of Skanks» were trending all over Twitter, Facebook, YouTube, news websites, and within a few days of massive publish backlash both from civilians (what comedians call normal people) and comics, SNL fired Shane Gillis.

The clips that were trending involved Gillis calling comedians Judd Apatow and Chris Gethard «faggots that are gayer than ISIS» because they often discuss their emotions in an open and meaningful way through their confessional styling of comedy. Additionally, Shane went on a rant about Chinatown in NYC and used the word «chinks». In defense of his use of the word, he argued that he was merely joking. It is genuinely understood that any comedian should be able to make any joke they desire to make. However, jokes typically have a format (set up, punch line, comedic delivery) and much of Shane's comments just present themselves as genuine comments made by Shane Gillis.

Many arguments are to be made, and it is not for me to tell you what is right or wrong, comedy is subjective and different people find different material funny. However, the argument made by the conservative sides of comedy comes off as they are merely misunderstood or confused. They claim their free speech is being taken away, yet every month one of these comedians gets an hour-long special on HBO or Netflix where they speak freely to an arena of audience members, if they're freedom of speech was being deteriorated in any way, they'd have no platform to broadcast speech to millions of people on. Comedians such as David Spade, Bill Burr, and Joe Rogan have all come forward to support Shane Gillis and argue that his firing from SNL is a sign of «cancel culture» and is a direct attack against free speech in America. It's important to think about what people have been «canceled». Louis C.K is booking tours across the United States currently, Aziz Ansari has a new Netflix special that came out in September, and recently Shane Gillis just booked a headlining gig at a major upcoming comedy festival. None of these men were completely tarnished, regardless of the immoral things they had done.

While the entire comedy industry since it's early foundations has been completely dominated by white men, many of which had the same brand of humor. Perhaps now that more women and more POC are dominating the comedy industry now more than ever, these men feel threatened by the potential loss of spotlight and feel they need to blame it on others rather than themselves. While no one can say for sure why a growing sense of insecurity has become more present among these white male conservative comics, one can see without a reasonable doubt that no one is losing their right to freedom of speech. Meanwhile, both sides of the comedy community are actively participating in criticizing each other. Many comics have banded together to deconstruct Shane Gillis along with other comics that associate themselves with his same «offensive» brand of comedy — in claiming that they purposefully phrase their words as being bold and boundary-pushing material by saying what no one else would ever dare to say. They claim they're presenting great heroic acts of bravery by using slurs as shock content to stir a laugh from people.

They're not making satirical commentary of the most reprobate corners of our modern-day society, or even bringing truth to power by using comedy to provoke thought. Delivering a joke that has the audience question the ugliness of themselves and our society like many great comedians do, all while saying just as much bad words, racial slurs, sexual content, all wrapped into the format of a joke with meaning. Though many comics take the lazy route and gain cheap laughs by being blatantly offensive. More importantly, they are «punching down», a comedy term for targeting groups of people with less power than yourself. Their consistent use of «punching down» for comedic effect is selfish. The last thing the culture in America can handle right now is being the punchline of a «joke», our culture wants to laugh, not hate, but does it know how? 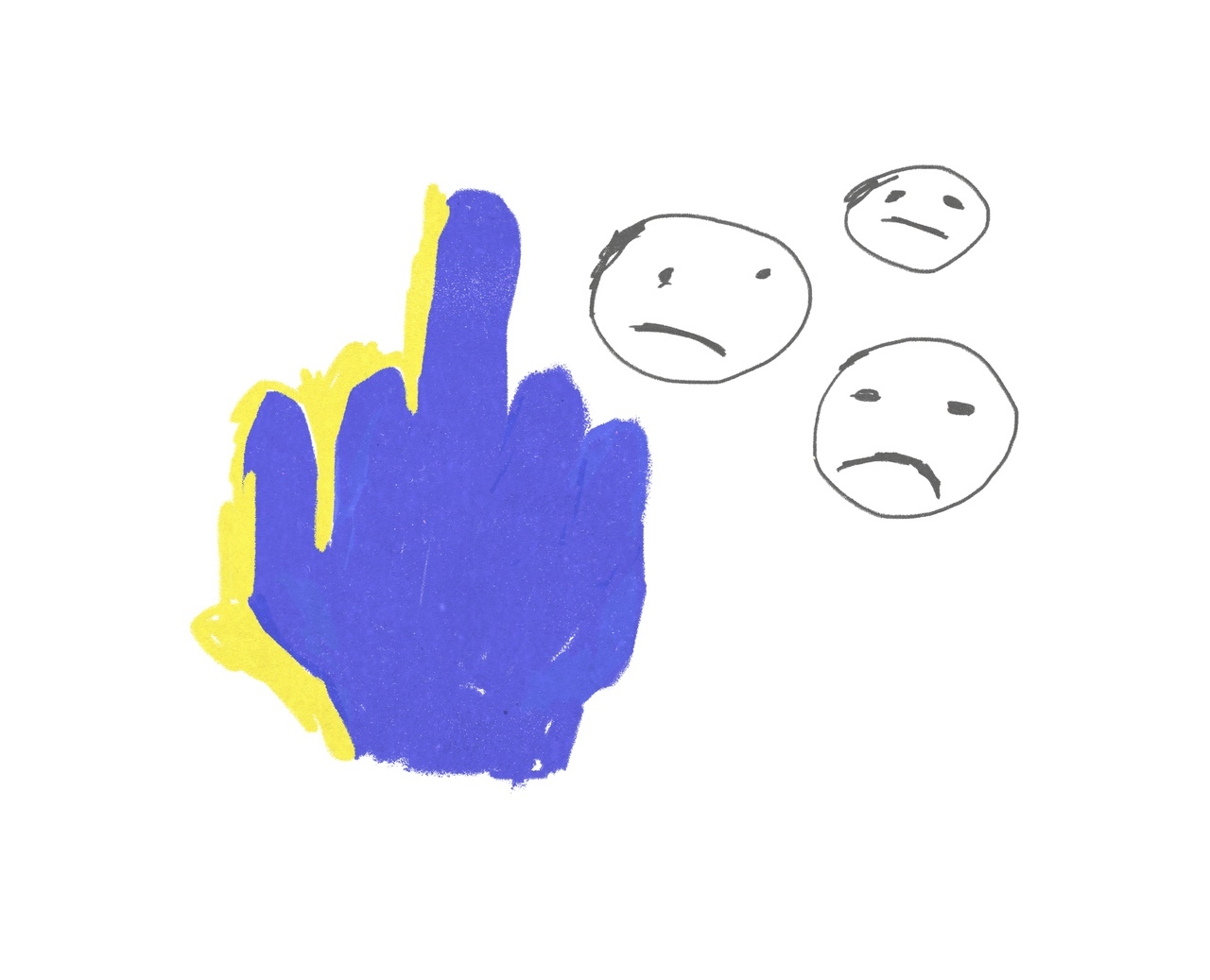