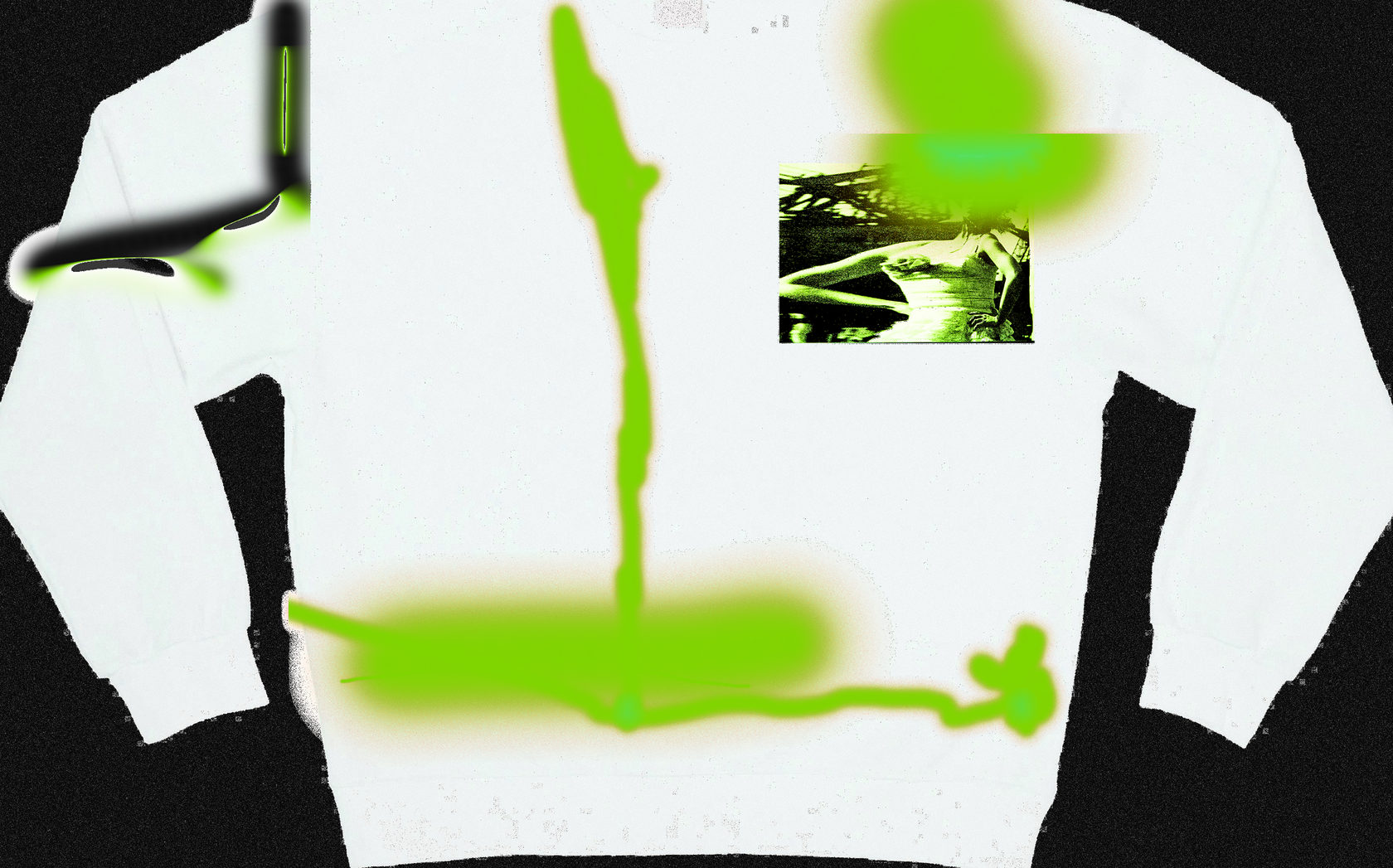 ru
en
OPEN SET
(Katherine Gorina)
The Fashion Month left us with an unanswered question: why is all that we see on the streets 90% hypebeasts brands, such as Off-White, Vetements, and Gucci?
This is not just Moscow and St. Petersburg: even in New York, everyone was looking as if he or she just went out to get bread from the shop around the corner. Every other person with their Pouch by Bottega Veneta in hand (now officially known as the Ugliest Bag in the History Of Bags).
While in New York no one even bothers, in London people do make a little effort to look classy, but minimal enough to not look overdressed. At the same time in Moscow, you can immediately see how hard everyone is striving to be real fashionistas, kings of the hill.

There is nothing worse in this world than street style gallery from Moscow Fashion Week. Everyone wears ugly shoes and giant overcoats, fancy, eraser-wide sunglasses, and the resting bitch face. It seems that people here dress up not to rejoice, but to broadcast some extremely vague culture code via their own look.

While Moscow is all about logomania, where a cut is nothing, a brand is everything, St. Petersburg follows the Nordic pattern in its aristocratic disrespect to both labels and looks.

This is the freedom, the imagination and the pursuit of pleasure that lies at the heart of any individual style. The key issue of both Moscow and St. Petersburg street-style is that it is being used not for pleasure but for the class status declaration. Only the class status here is represented in two different ways: in Moscow to postulate it, you have to tell the whole world, which brands you can afford. In St. Petersburg, it's vice versa, the most important thing is to show everyone, how neglectful you are. How deeply you do not pay attention to your own style. What could match this goal better, than some grandma's cardigan and your father's old working shoes?

Here we face a second issue: since the idea of authenticity is by definition extremely vulnerable to speculation, it is already hypothetically misrepresented even when it draws the first breath. When it comes to logomania, this idea is pretty easy to upset — after all, this is what the whole knock-off industry lives by. Lives so successfully, that the line between the real product and its copy went to pure abstraction. In case of intentional modesty, we see the pattern way being more complex.

Trying to prove how little you care about your look in general and its brand identity in particular, you can go two ways (since normcore is no longer an option): you can dig through your grandma's attic or raid a charity shop and actually go out wearing a dress just a couple of years younger than yourself. Or you can turn to one of the many «vintage boutiques» that resell the same second-hand clothes just with a margin from 200 to 500 percent.

It may seem there is nothing wrong about it, but, such a lead-up destroys the very trial results.

In the hunt for authenticity, a new, perverted message appears. There is a fundamental difference between picking up an outfit at a real garage sale on your own, and between buying fancy vintage dresses that have already been specially selected, ironed and steamed on hangers in central boutiques pointing out and trading on the very idea of «individuality». Moreover, it was never the case: what individuality can you speak about, if there are literally clothes which have already been worn before you?

If you really care about these things enough to show the entire world how genuine your unconcern is, it is unwise to pay twice. Because if you really do not care, you just get a blank T-shirt to wear with plain jeans. But, remember? Normcore is no longer an option too.

From this perspective, the Moscow-style posturing looks almost sincerely even. Though, of course, it has nothing to with fashion per se: even Balenciaga has ravishing outfits.

Just not those with the logo being repeated twenty times on the front.

But that will be a whole different story.


Katherine Gorina
edited by Eleonora Kap
VULGAR FRACTION
(Masha Valmus)
Sometimes you wake up in the morning and feel like just wearing a regular T-shirt, a regular hoodie. And this is nice, it has a message. But are there people who really think that daily wear is a T-shirt with the Balenciaga logo? I believe if someone is wearing Balenciaga he's doing it to feel special, «I want simplicity, and that's simplicity for me, it's a special, luxurious simplicity». Brand-name clothes are indeed special, but this creates the dissonance between what you expect from a brand and what the brand actually produces.

One of the runway tendencies that I'm thrilled about is diversity, such as Fenty x Rihanna. But this is nothing like hollow Paris-fashion-style at all; Saint Laurent's low-rise denim knee-breeches from the last show is not about praising beautiful body, but the bad cut. The breeches make the runway model's legs look short and fat. What, pardon me, would they do to a regular person's legs who doesn't survive only on apples for two weeks? If you look at Paris, it is like a ballet school: it implies a rigorous selection of models, designers, show venues. It is most scrupulous with its models; for example, I haven't been sent to Paris because I was too fat to even get a casting call. So I was sent to Milan. At the agency, there were girls with 92 cm (36.2 inch) thighs, and they weren't even allowed to a model casting. They were like caged animals, «You are not even allowed to be looked at». The difference between fashion weeks is mostly cultural; in this sense, the US is more advanced, you'd see a lot more non-typical models at the New York show, for example. Let's say a well-known designer brings an oversize model or a model with a leg prosthetic — that sends a very good message. But I have yet to see them wearing clothes that don't scream «I am a freak». These few shows are ostentatious: «Look how advanced we are».

I prefer Dior's policy. If we compare the Dior and Saint Laurent latest shows, the former is much more engaging. At the Saint Laurent show, we see five models wearing these denim knee-breeches and some kind of black blazer. One has a velvet blazer, another a sequined blazer, and yet another one has a plaid tweed blazer. That's your new collection, is it? And then there's Dior, presenting their dresses that everyone, me included, is sick of. And yet, truth be told, these are the dresses I would love to get married in. Dior skilfully reinterprets the 1950s silhouette; it's a good example of the revitalization of an old look. They are still changing the design: it looks like the same outfit, but the fabrics, the cuts are different… Around 2016 we had sheer dresses with corsets, and the same thing this year, but with denser fabrics. Skirts have different cuts, different lengths. New accessories.

My attitude towards Versace is special. The brand doesn't portray itself as «ugly fashion», of course. It's not ugly, they sincerely believe their clothes are pretty. So do the people who wear these bomber jackets, black with a golden pattern… We can trash any show, of course. Or we can say «it was the designer's intention», that he had some sort of idea in mind. For me, what we see here is tastelessness that stays afloat only because people know a Top 5 brands, and Versace is one of them. When I hear «Versace», the thing which first comes to my mind isn't one of the few pretty nice things they made, but the patterned bomber jacket with chains. When I mention Dolce & Gabbana? Dolce & Gabbana do have good stuff as well, and I instantly imagine their ridiculous chick with a crown. And I lose the desire to say anything good at all — every year they make this crown!


T-shirts with a logo, repetitive of themselves and «trash» — these are the trends I see «on the runway». The bid for «iconic simplicity» turns out to just be an oversimplification. Why would they make something pretty if they can make the logo-ed T-shirt? Same thing with the cuts. Yes, «there's nothing new under the sun», but it seems some designers have been «re-interpreting» to the point of exhaustion and confusion and so they apparently decided to not bother at all. Brands work for clients and sales, and not for the sake of art. Producing hackneyed, well-recognized, and, as a result, easily sold clothes, is a tried and true way to make a pretty penny without losing face or putting in too much effort.