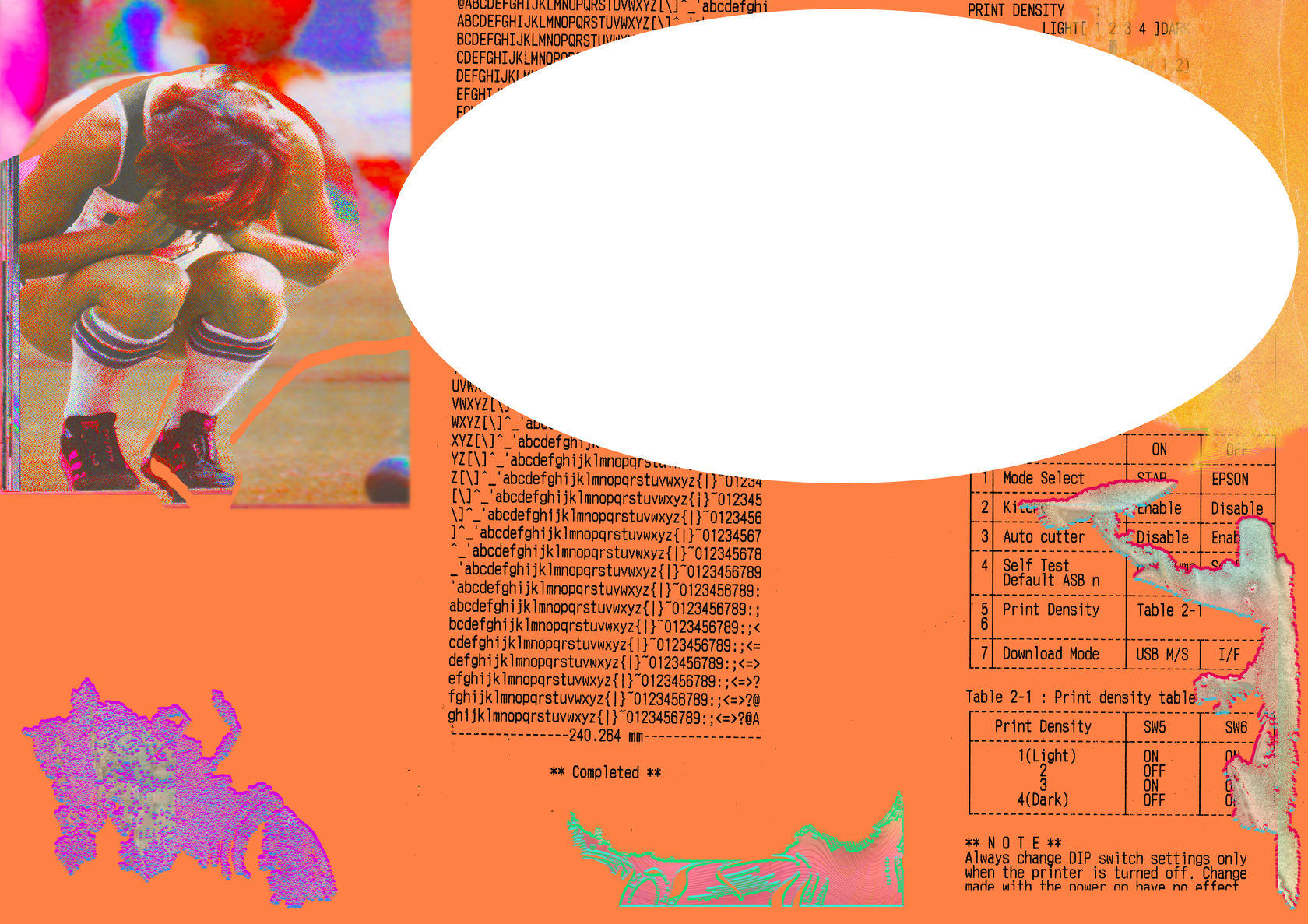 First of all, sincerity is different than honesty. Both seem to be related to the things that are said and to those saying them, but each has a different use. I may say a true statement (or speak honestly) but be insincere (joking, ironic, sarcastic, «messing around», etc). I may say a false statement but be perfectly sincere. If George believes that the world is flat and says so, despite his sincerity, the earth will remain round. It doesn't seem, however, that I may intentionally lie and be sincere: Deception, or rather intent to deceive, and sincerity exclude one another. Here, then, is our first hint as to what sincerity is: In it is an element of accuracy of the speaker's internal relation to what she says and to those to whom she is speaking. To speak honestly is to say something true and to simultaneously believe that what one says is true. However, to speak sincerely involves one in a certain relation to oneself and to those to whom one is speaking. The latter point is vital: One may say something honestly to no one; one speaks sincerely to, or rather before, someone, even if that someone is only oneself. Sincerity is social.

Sincerity then is somehow found in the speaker relation to those being addressed: It is an implicit rule of the social game we play that what we say is, except in specific circumstances, to be taken as sincere.

Sincerity's sociality means that it can concern an action other than direct communication. Honesty only concerns the truth value of a speech act and the speaker's belief about it. Sincerity, however, is different. I can be sincere in something which has merely any communicative intention. One can be sincere in a desire, for example, or in belief or political activity: None of these types of characteristics/activities can be reduced to any communicative acts in which they are manifested.

In Book IV of the «Nicomachean Ethics» Aristotle discusses sincerity as the virtue situated between the extremes of boastfulness and self-deprecation. Here then is another clue as to what sincerity is: It is a sort of virtue, a desirable trait of character, which one, to act rightly, should somehow cultivate within oneself. Also, it's furthermore along the lines of an accurate estimation of oneself and an accurate representation of this self-estimation before others.

One might say this is immediately impossible: I cannot, or at least, in fact, do not really know myself enough to accurately understand my place in the world or accurately represent that before others. However, this misses the crucial point — sincerity does not require full knowledge, either of its object or of its possessor. Andrea does not understand God but sincerely believes in him. Believer and indulgent atheist would both admit that — whether the concept «God» obtains or not — it means, or at least intends to mean, something other than Space Gandalf. The sincerity of a statement or belief need not be based on full knowledge of the object of the statement or belief — much less on full self-knowledge. It is based on a volitional act

— or rather intentional, repeated action — with the aim of an accurate representation of oneself and the content of one's thought before others.

Let's revise: Sincerity is a virtue — a firm character trait brought about by repeated intentional action towards its achievement — of accurately and honestly representing oneself, including one's action and thought, before others, insofar as one believes one has an accurate and honest representation of oneself, implicitly or explicitly. It is not trivial that we include a measured or «under the best available information» belief in having an accurate and honest representation of oneself as a requirement of sincerity, rather than just having such a representation. Sincerity is, as the opponent of sincerity intuits, related to knowledge — but only the immediate intuitive awareness of one's having a belief in possessing an all-things-considered honest self-representation.

Sincerity has to be seen as a constantly developing rule directing action towards its own progressive achievement, rather than an already fully possessed property of a subject or statement. It is a rule, in the sense that it provides a normative standard, and developing, in the sense that its achievement or realization is not separable from its regulative function in human conduct, posited by its being lived out. In this way, sincerity approaches a «form of life» as described by Agamben — a rule for conduct that is equally a practice expressing and giving rise to its rule.


Anthony Stoner
OUTLIER VALUES
In any context, the word «sincerity» can only be an interpretation of something that is already done or said. Appeal to sincerity can be made both for justification and accusation in legal or ethical terms. Actually, a «sincere» murderer always appears as more disgusting, and his actions look even more unacceptable if they were committed according to the criminal's good will. The same applies to any ethical trial: in the analysis of any act, talk of concerning an actor's sincerity and purity of intent occupies the central position.

It seems that we face here something that is not really obvious, we face something that demands a special parsing. What is the reason to consider a planned, prepared crime, like the one that Raskolnikov (the character of Dostoevsky's «Crime and Punishment») committed, as more vile and dangerous for the society than an offense, that was done in a state of passion; why do judge or jury have to take into account the attitude of a criminal to the action committed? One can argue that it is peculiar to people to think similar thoughts and to perform similar actions as before, so that's why cold-blooded, so to speak, sincere crime deserves more severe punishment. But it is completely unclear what prevents anyone who robbed a shop while drunk or clobbered his wife in an impulse of fury from doing the same thing over and over even after repentance. Categories of forethought and sincerity appear as a mysterious aspect of both our legal practice and our everyday, private life.

Making a decision on the sincerity of action always lies on the conscience of its interpreters: judge, «society», or two friends, discussing a third one. The sincerity of action never can be found in the same plane as the action itself, and that is something that imparts ambiguity to the whole picture. Moreover, there is an impassable abyss between these two planes, so we need the work of interpreters to make them coincide, to seal an action with sincerity, forethought, intention. Something paradoxical happens here: the concept that contains pure subjectivity by definition always becomes external for the actor itself. Looks like sincerity is an attribute that has to be assigned by someone.

Here we face the fact that we never have enough reasons to declare any actor or action as a sincere one. Today we can frequently hear how sincerity becomes a crucial criterion of appreciation, in regard to works of art or literature, for example. Definitely, speaking of judgment, of expression of opinion, we can never demand «objectivity», but there is a huge difference between judgments «I like this poem» and «this is a sincere poem». In the first case, we speak for ourselves, the speaker himself clarifies an attitude between him or her and the object, poem in our case. However, speaking of sincerity we inevitably start to violate the borders, we leave the attitude between ourselves and the object and enter attitude author-work, actor-action. We never have a reason for such cheating with the point of view.

Returning to the legal sphere, it appears that when the judge or jury makes a decision, paying attention to motives of a crime, they cheat, changing the attitude between the criminal and his own action with their own attitude to his or her action. So, the life of a person locates in an area of pure decision, that can not be made according to reason, to a rational basis. The judge has to make a decision that could never be right, all that he or she can do is to try to guess the correct attitude of a criminal to the crime, not paying attention to criminal's current words, as repentance can always be fake, insincere. As we know, only God can judge our thoughts and only he can aware, were our actions and words sincere or not.

But we have to let God mind his own business. If we want to leave in a world, arranged according to our own possibilities, in Kant's words, to «have the courage to use our own understanding», the first thing we have to vacate is the category of sincerity. We have to stop waving off and apologize, to shift responsibility to the circumstances which are always set in such a way, that one can never do something he really wants to. Usually, an appeal to sincerity is used by someone, who tries to justify her or himself: to say both «you can dislike this poem, but it is a sincere one» and «I did a wrong thing, but I didn't want to» means to make the same operation — to refer to aught that can never be proved or contradicted, to lead the discussion to a standstill. Again, let the God, if He suddenly exists, judge us as we really are, but here, in our world, we have exile his phantoms (and the category of sincerity is a phantom of the divine in our world) from any storeroom, where they have managed to hide.

Only in the case that we stop waving off from ourselves, we will be able to perform actions which will be much more valuable, because from the very beginning we knew, that we will be unable to refer to «actually, I didn't want to».