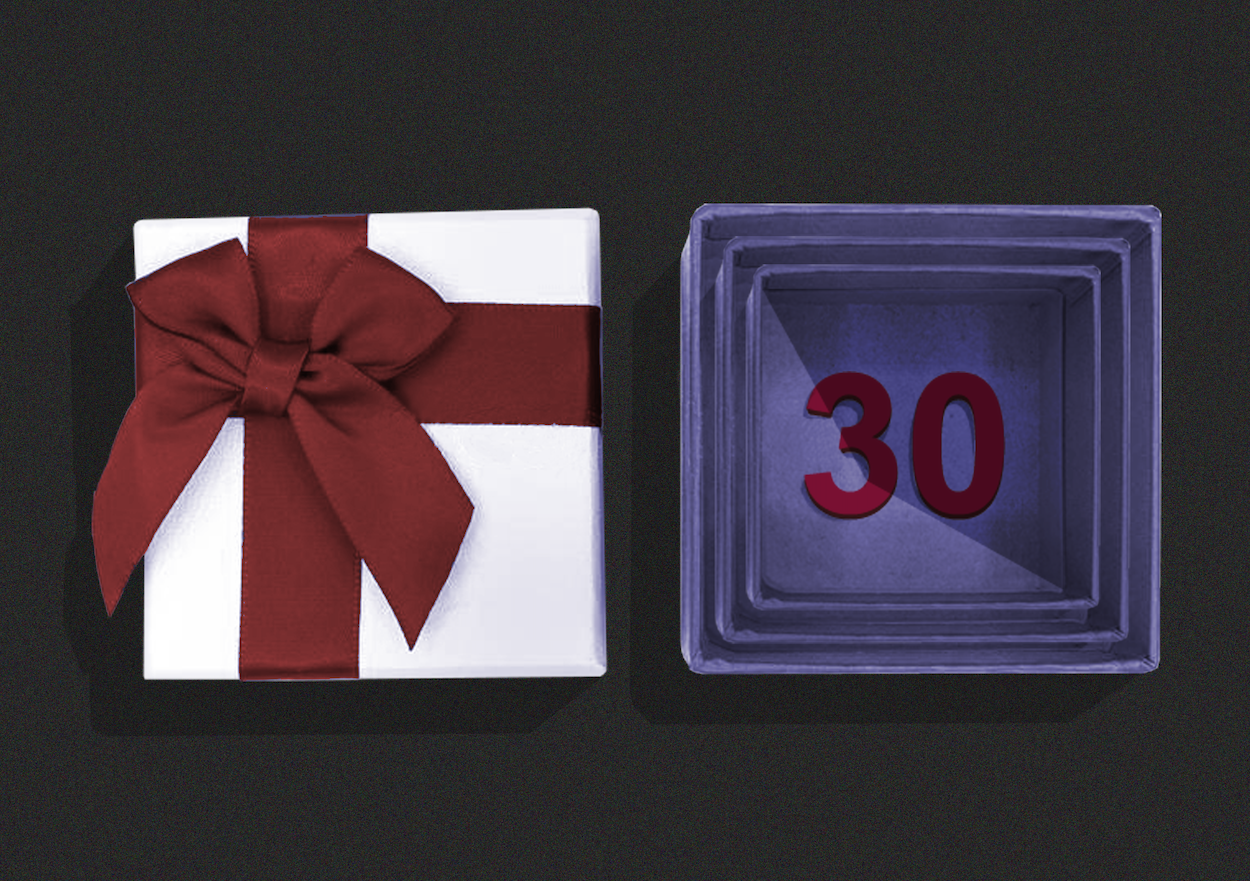 Simona Kostova's recently released Dreißig is a film about turning thirty years old, a monumental moment one of the main characters has to face. In the opening scene Ovünc wakes up in his Berlin apartment and picks up his phone. His friend Pascal (who recently broke up with his girlfriend) scrambles to convince Ovünc to hang out with him. Ovünc refuses, as he should be writing, only for them to meet at the bar at noon. This is where their true journey begins, and it is destined to end only in the morning. Friends will go through various chance encounters, hopping from bars to clubs in Berlin, experiencing late-night heartfelt conversations and consequently the late-night heartfelt quarrels. And all only to grab breakfast together the next morning and then go their separate ways.

The film predominantly concerns itself with the themes of time and femininity. Time is filtered through lengthy static shots, and long dialogue scenes between the characters, as the camera tracks the big city life, which tends to come to life in the morning and does not stop till the following morning. The key moment in this film takes place when Ovünc opens his present: only to find another box inside the package, and then another, and then the last one, discovering that there is nothing inside. Disappointed and angry, Ovünc overhears his friends saying that the journey itself is his reward. This is meant to bring to light that the thirty years Ovünc has lived through are a gift in and of themselves, as they let Ovünc begin this new period of his life in the same city among his friends. Yet, it is unclear whether Ovünc believes this is something worth celebrating. In the Berlin bars he always seems to be running off somewhere or hiding from something. This tension is also present in the camerawork: in the dim light it follows the characters that can neither stay situated for very long nor can hold up conversations. As time goes by, the viewer is forced to question why these characters spend the night this way. We are asked to truly reflect on that famed mantra of Steve Jobs that «the reward is in the journey, not the destination» the rule that they gifted to Ovünc for his thirtieth birthday.


The film Dreißig is equally focused on the development of its female characters — Raha, Kara, and Anya, as each of them goes through various conflicts and misunderstandings throughout the film. Raha and Kara are old friends, but Anya only appears in their company by chance. She stands out as anaughty and sometimes ridiculous character, wearing leopard print and putting her hair in a careless bun. Raha and Kara act with restraint (unless something offends them). The climactic conflict occurs in one of the clubs: After failing in getting closer to Ovünc, Kara gets angry with Anya, confessing she feels she is giving womanhood a bad name. Anya calmly listens to her words, and tries to caress Kara, telling her that things will definitely get better. What place do all these female characters have in the film and what does femininity mean to them? In the beginning, at Raha's, the dialogue between her and Kara sheds some light on this. For instance, it becomes Kara's monologue: she tells her friend about going to an exhibition that was focusing on femininity as a subject. This particular scene is reminiscent of Chantal Akerman's Jeanne Dielman, where the heroine attempts to hide from her problems by committing every part of herself to the mundane routine. The same way Raha is hiding behind a blender noise to avoid talking about her recent break up with Pascal. Akerman's film — produced in 1975 — explores the social roles of a woman, where the heroine finds a way to relieve herself from asking the bigger questions about who she is on her own through committing fully to domestic obligations. Which begs the question, is this also what is happening in Dreißig? Will the conflicts of the female protagonists be solved by the end of the day, or will they find a way to distract themselves from having to change?

It is not only this parallel which can be drawn between Kostova's Dreißig and Akerman's work. The Bulgarian film director has clearly inherited that protective approach to the inner workings of time in the movie, with the slow camerawork, and the intrusive close-up. Either Kostova chooses this way of filming on purpose, or this style is dictated by the zeitgeist. It would be of interest to note if Simona Kostova would categorize her work as a specific film genre and if the motifs of time and femininity are coincidental. 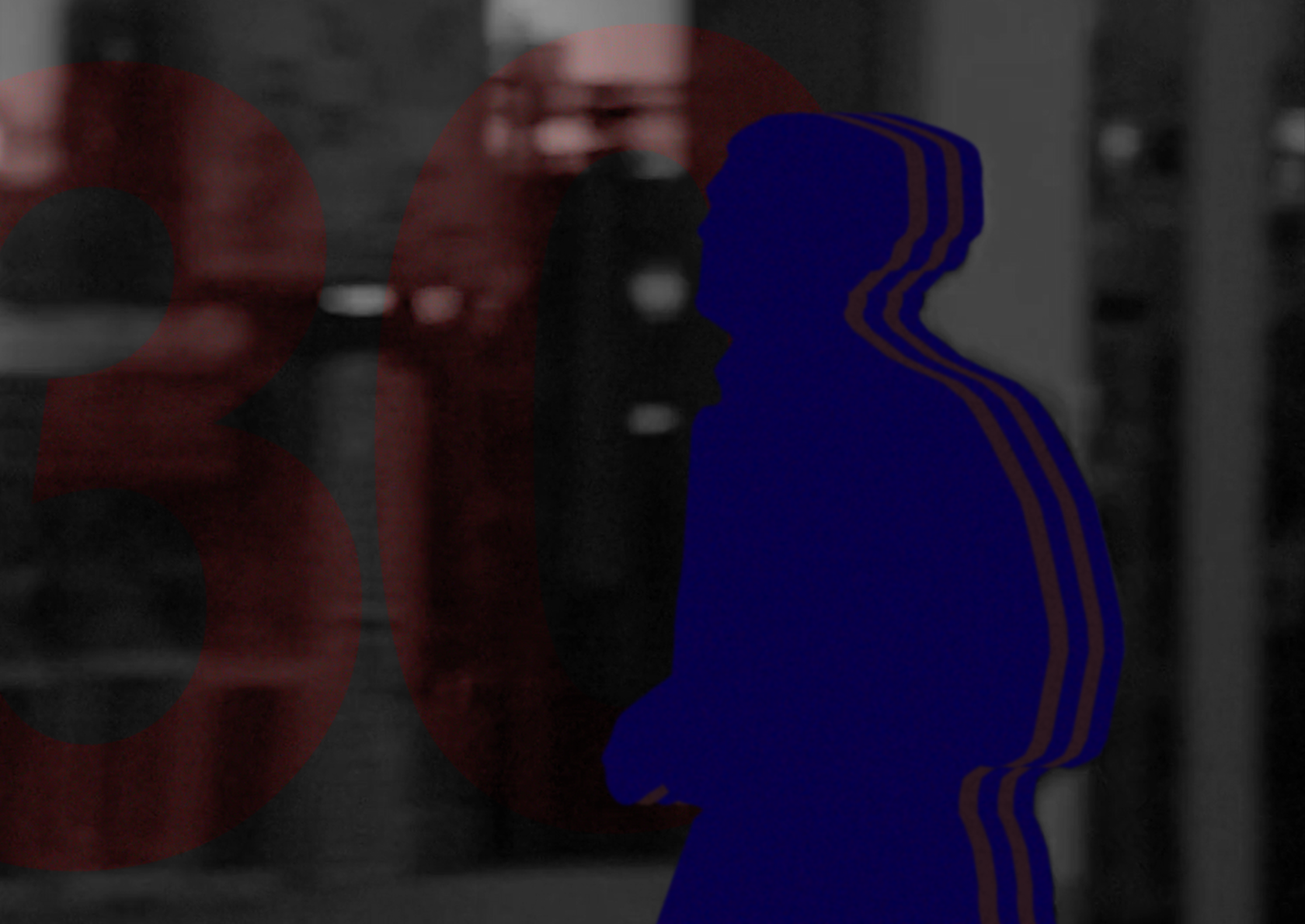 Dreissig (Thirty, 2019) is the debut of Bulgarian theater director Simona Kostova. It is Berlin before the lockdown, Neukölln. Pascal and Raha are continually breaking up and bickering , Kara is moving into Raha's tiny apartment, feeling anxious about her appearance, and all the while hippy Henner is just bored. Övünc is already thirty and although he should be working, has instead found himself carelessly drinking with his friends on his birthday. Anya has stuck with this company of friends in part due to her feelings of loneliness and they are all out celebrating Övünc's birthday, each with their own emotional baggage. The film centers around a chaotic stroll through bars and clubs, but without all the fun and fights. Pictures on film in a cab are mandatory. Henner has a panic attack during a rave. Catching a hangover even before partying — relatable for many.

Dreissig is poorly structured as its narrative falls into pieces. However, it is a set of great scenes, and the film asks for us to take them apart. Each scene does tend to feel as if it were directed differently from the others. For in some places it resembles classical mockumentary, like Banksy's Exit Through the Gift Shop. The scene of Övünc's birthday, however,seems to imitate Fassbinder's Katzelmacher with its static camera, square frame, and endless dialogue. Simona Kostova's style is something else, even with these parallels in mind. The film ranges from drawn out scenes with subtexts (the birthday scene, as an example) to similarly lengthy, but far more talented scenes. The scene in the dance club comes to mind as one of the more dynamic scenes in which the camera tracks across close ups of the club-goers. There is also the hilarious exchange of melancholic dialogue between Kara and Övünc while waiting in line for the bathroom.

The incredibly modest budget of 5000€ can definitely account for all the film's shortcomings. Kostova's movie is surprisingly powerful visually in part due to her partnership with cinematographer Anselm Belser. In a brightly lit room Raha curls up in the warm shadowy arms of Pascal — before breaking up — an easy, but inspiring metaphor. Not to mention, thescene, where Raha manages to drown out Kara's incessant chatter by turning on the noisy blender. While it makes sense that Dreissig is a longer film it would benefit greatly from being cut down to a shorter length. The most dynamic scene in the entire film catches the characters darting through the moon-lit streets, a scene which also manages to have the most cinematographic appeal.

All these moments appear to be out of context, but in some magical way Kostova weaves these slightly disconnected scenes together and makes them work. Dreissig is alive, real, authentic and this goes far beyond the fact that it feels disjointed at times. And even with the clumsy dialogue and disordered angles it is clear that life is always more important than the Hollywood ideal. Although the characters tend to feel slightly underdeveloped, they are still far more human than any heroes of the Berlin School. Kostova's films tell more about children of Berlin than the more recent film Undine and even the well-known Sebastian Schipper film Victoria. Victoria is an enchanting adventure film following a robbery, while Undine is a tale of love told through the eyes of a mermaid.a Dreissig is about us, the immature zoomers, looking out to the world with sadness.