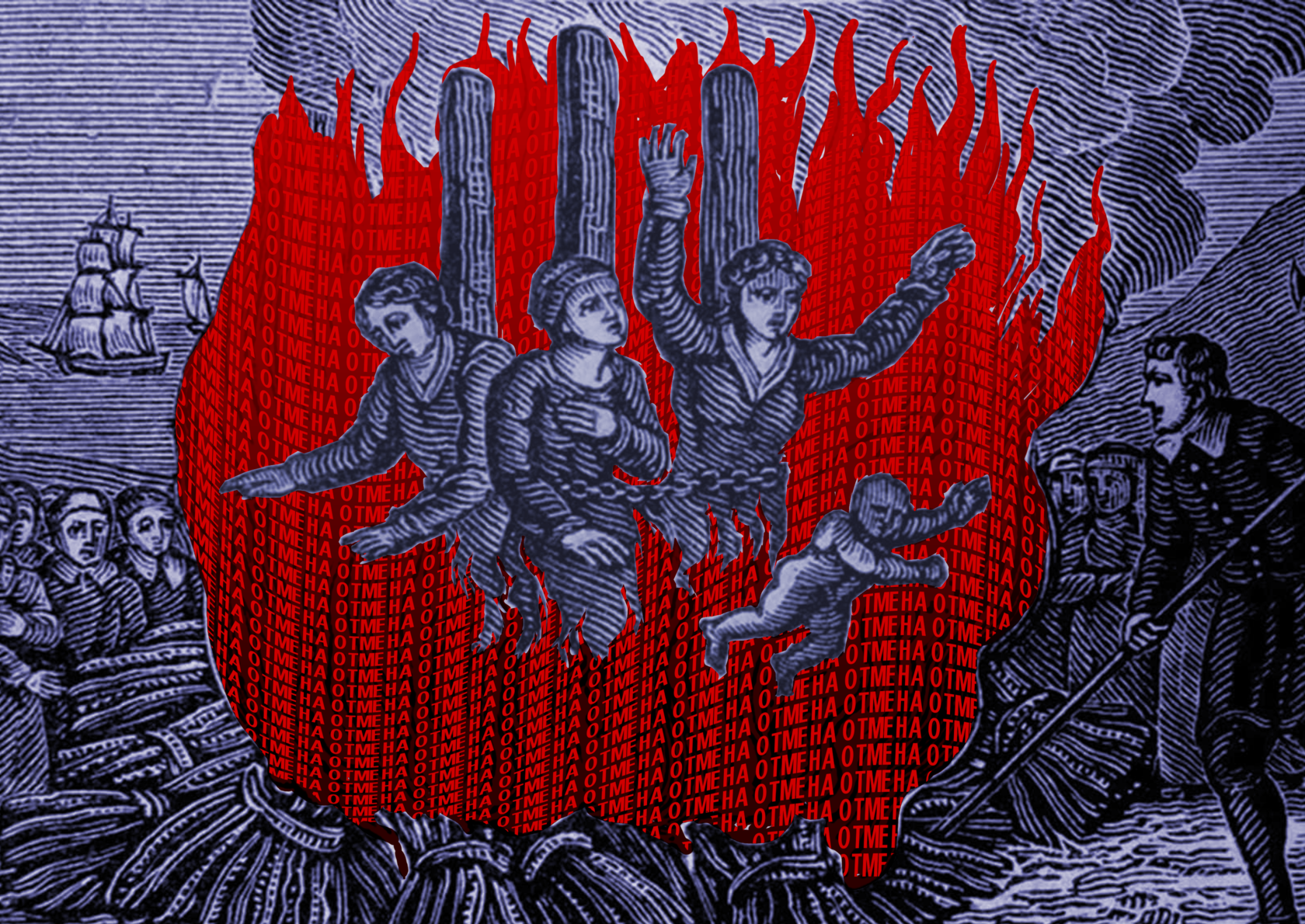 ФИЛОСОФИЯ
Let people cancel shit
Our life, for better or worse (with some rare exceptions that will not be discussed within this text anyways), has come to be primarily defined by internet-based digital platforms. Particularly during the stagnation of the Coronavirus pandemic, these platforms became the main frameworks for our activities: socio-political (platforms of governmental institutions, activist groups, etc.), labour related (the slog of working remotely and coordination inside huge companies), recreational (platforms that provide us with different kinds of entertainment), and whichever else...

With this in mind, it seems fair to consider cancel culture as a significant symptom of our time, because these «cancelling» practices are usually none other than an exile of a person from a digital platform (sometimes from all platforms, as in a call for digital death). Still, this is not a complete definition, as it is significantly important to note the broad, blurry boundaries of the term 'cancelling' and the present need to examine cancel culture critically.

This essay ought to have begun with a precise definition, as all decent essays usually begin, but the unfinished phrase «Cancel culture is…» repeatedly stopped the author in his tracks. Nevertheless, having established this somewhat reductive definition, the author must move through the discourse feeling his way along. May the reader forgive this broadness of terms.

In any regard, maybe it is not necessary to seek out the essence of cancelling, as we all can observe how it works — we know some definite things about «cancelling» in practice and this may be sufficient. It is possible to identify some features that are involved in cancelling: a) cancelling practices always react to injustice, so they are motivated by ethical concerns; b) cancelling comes directly from the masses, not from the platform's initiative, (this is the main distinctive feature between cancellation and a «ban,» as the latter did not become the symptom of our time); c) cancelling is not a life sentence, nor is it a demand for the head of the guilty on a chopping block. It is rather more about an ethical overcoming of the reasons that caused the cancelling in question.

«Cancel culture»' is usually criticized for many reasons and it is often presented as the reincarnated witch-hunt. Both phenomenons are based on a word of mouth (analog and digital), which has a tendency to simplify and operate with rather harsh expressions. In addition to that, they share a feature of not verifying the information they use: there are neither expert opinions, nor decisions marked with knowledge.

In other words, the accusation is shaped by ordinary people without any qualifications and it appeals to things that are hard or impossible to check (for example, undocumented personal experience). There is nothing unusual in the first mentioned features of cancelling (simplification and haste), these can just as easily be applied to the function of rumors. As with cancelling, rumors can have noticeable consequences and they can shape the whole reputation of the person they are about, but they can also be insignificant. As for the second part of the features, those that stress how cancelling practices do not align with jurisprudence, they sound especially frightening, as long as we consider existing institutions of law to be functional and trustworthy. The fear is: How can someone's speculations (deliberately or unintentionally spread and picked up by short-sighted masses), without going through anything that resembles our idea of a fair trial, cost me my job or even a whole career?!

In any event, if the justice system works conscientiously, no one should worry about false accusations made by jealous haters. You can prove your innocence in a socially trusted and verified court which has the final say. This creates a frame, which suggests that any cancelling should turn into a real trial (like it was with the singer R. Kelly or, in in the case of Harvey Weinstein, which is paradigmatic for the #MeToo movement). Other cases of cancelling should then be classified as belonging to the field of foolish identity politics games, where the victims will be those who for one reason or another are conventionally defined as «problematic». (All of these processes, as my inner sceptic says, would never happen without a push from «cancel» movements. It is also important to add to the list the case of Jeffrey Epstein, who was arrested in 2019 on charges of sex trafficking).

It also can go another way: we often find ourselves in a situation, where the courts and other law enforcement agencies lack our confidence and are obviously acting not within their declared interests. In these cases cancelling initiatives become the only way to fight against injustice, especially to those people, for whom a legal battle is not only a one-way street (because of the patriarchal, pro-regime and other biased attitudes of the court), but also a financially ruinous venture. In conditions of disenfranchised rights, cancelling (even though it can be weak and lead nowhere) remains an underground passage, through which the oppressed and humiliated can try to appeal to other users' support and solidarity.

We have already mentioned cases of sexual harassment and assault, and there is no need to leave this discourse. One can easily imagine the effectiveness of calling the police or going to court in Russia (or in any place law institutions are in a state of decay), especially after one has experienced sexual violence. Cancelling thus becomes the last hope for justice for the victim. It is hard to consider cancelling as a dangerous and harmful phenomenon, as long as one has to seek out measures of defense and restitution by themselves, without any support from the law.

It now seems that cancel culture has less in common with a witch-hunt, and is in actuality closer to social media pleas to raise money for a relative's medical treatment, as in the latter case we see a message to others that appeals to collective beliefs about justice. For example, beliefs in accordance with which racists, sexists, and criminals should face legal consequences, or that the government should offer affordable medical treatment. In other words, all those ideas about a fair life that are not brought to life by existing institutions. 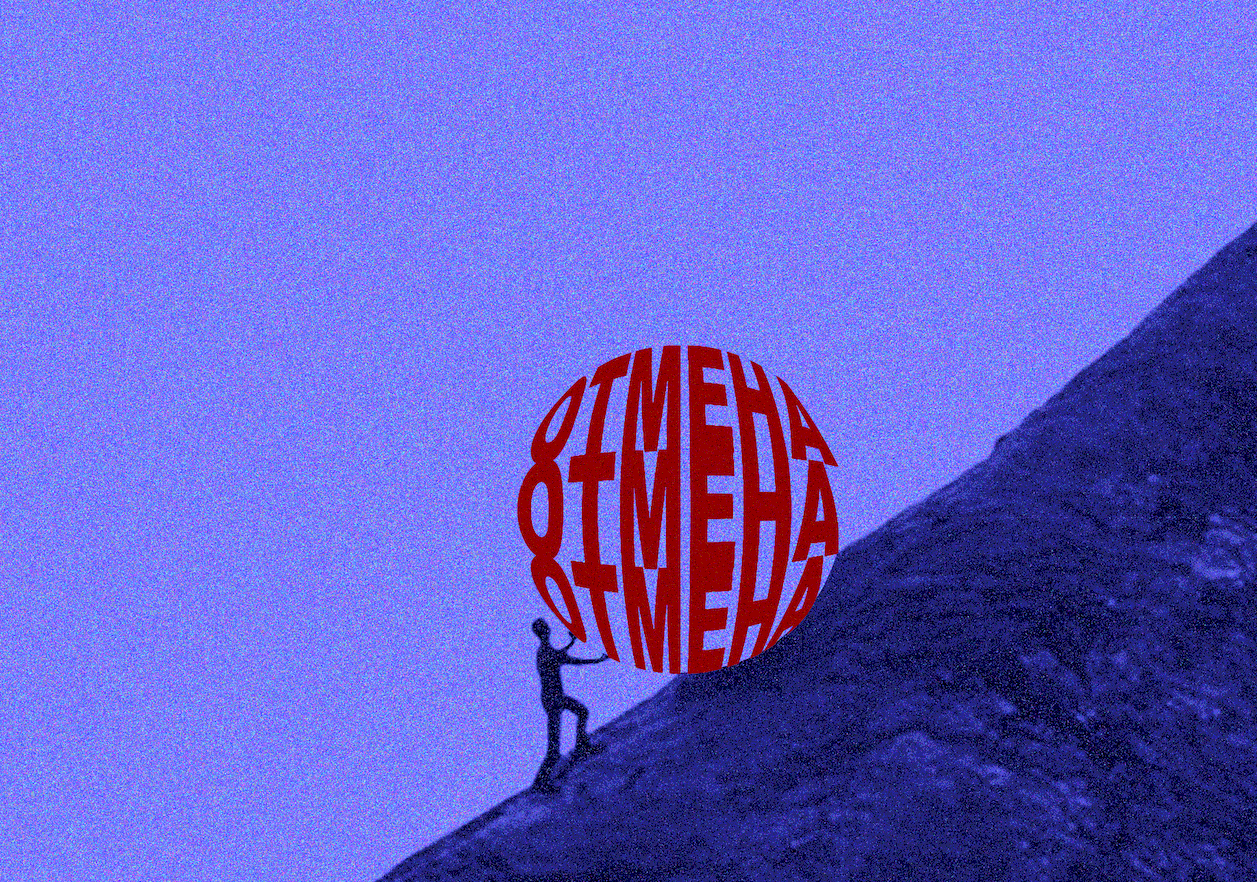 One action can cost you a career, social ties, and even your freedom. We can thank cancel culture for that. Instead of conversation surrounding rehabilitation, societal flaws, and other things that were topical about 30 years ago, a convenient and quick means of social annihilation has appeared. There is no doubt that people do horrible things — it would be difficult to ignore as much. But the real question is, does cancel culture solve the problem, or do we simply overlook the symptoms, turning a blind eye to the reasons for societal infection?

People get canceled not because they are assholes (even if they maybe, in fact, assholes) but because they have crossed the line. This catapults them from the category of simply unpleasant people to the category of socially unacceptable ones. Cancel culture fits in the already existing justice system, drawing on and contributing to it.

Let's say a person commits a crime — for example, steals something from a store. Society doesn't encourage such actions (but if you're rolling in money at the top of the food chain, you're off the hook), so when the justice system proves the criminal is guilty, he goes to jail, which was created for the purpose of reform. In reality, the one and only function of the prison is isolation. Re-education would have demanded real efforts in a person's integration into and analysis of the existing social structure. Firstly, it's evident that it is a great deal of work; secondly, it brings discomfort. Any systemic issue (like criminal activity, for example) needs (surprise, surprise) change for its true resolution. It's much easier to ignore the things you're involved in and pretend that you can solve the problem by turning away from it until the next time. Since justice has grown into a vast bureaucratic mechanism, it is possible to put off the search for a solution indefinitely, carrying on its legacy. Cancel culture is a part of this system; no wonder that it keeps bringing the same results, because the issue isn't being solved. Rather, individual people are sacrificed as scapegoats for the sins of the whole society.

In the controversial case of Harvey Weinstein, it is significant that people in the industry had known or had imagined what was going on. We can say the same about the relationship between famous Russian musician Petar Martic and his girlfriend, model Anna Zosimova (in Russian); their friend circle has been aware of the situation but preferred not to talk about it. But, when one person makes the first move and speaks publicly about the whole affair, it begins a snowball effect of social ostracization, and everyone considers it their duty to comment on the situation and to renounce any communication — including business communications — with the accused.

Instead of reaching a verdict about the hypocrisy of people, we could take another look at these stories. Collective silence as the collective discussion is based on the idea of saving your own (in this case, societal) skin. Institutional developments happen not because of cancel culture, but in spite of them. To solve the problem of widespread harassment in the film industry, it is not exclusively the cancellation of Harvey, but the use of this example to indicate that he is one of many; this is not out of the ordinary, but rather a common incident. Practical change can come only after admitting the concept of the banality of evil, not dramatization around one single case.

That is precisely why cancel culture is such an interesting phenomenon; it is positioned as a solution while the full potential is exhausted on ridiculous smearing of individuals' names. Cancel culture allows society to abdicate its responsibility for the things that don't abide its purported moral code. In the end, we are left with the fact that by canceling others, we are postponing our own vilification that will inevitably come. After all, the hot potato always comes full circle.