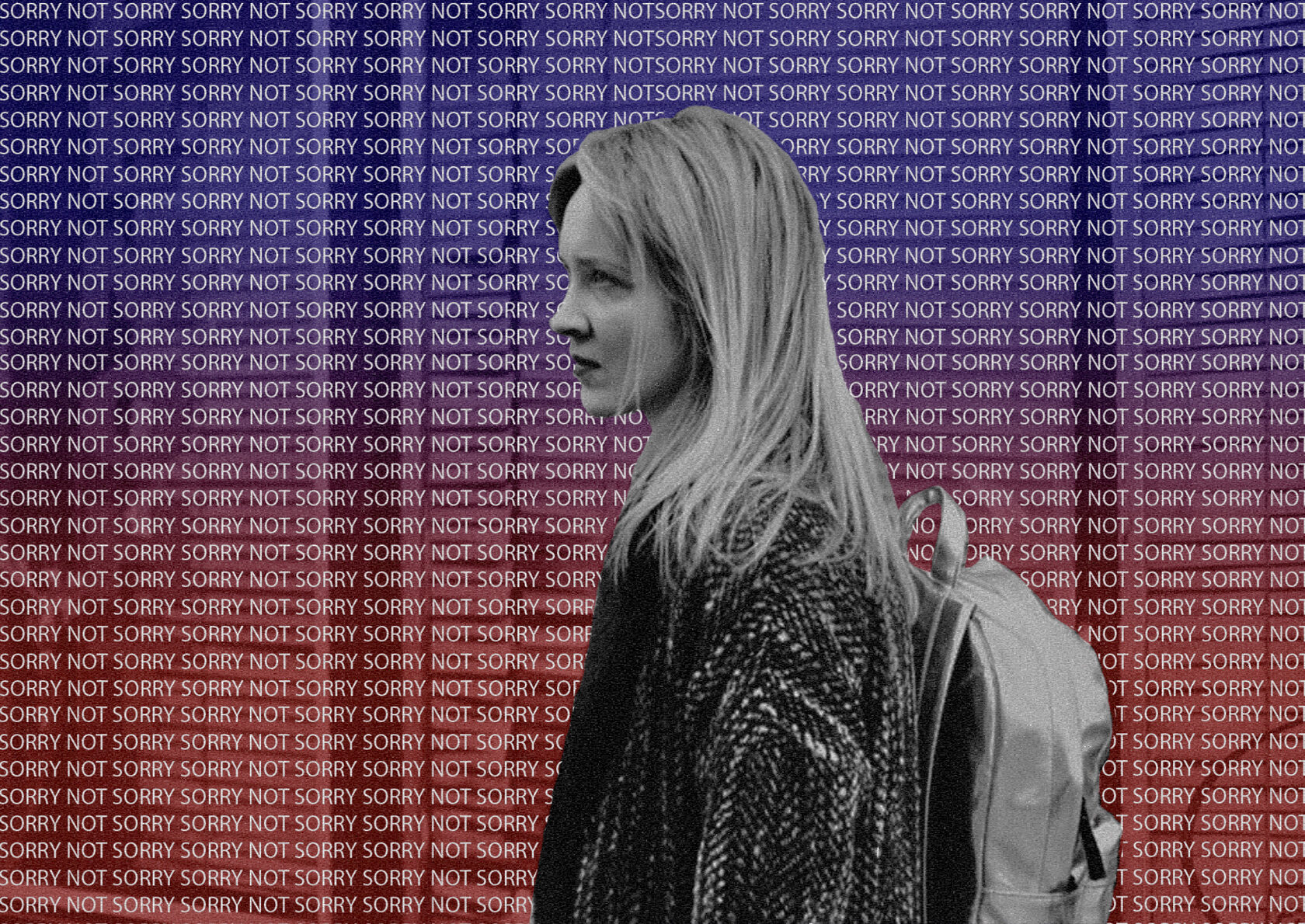 Q&Q
NASTASIA KHRUSCHEVA is a contemporary Russian composer and the author of the first Russian theoretical book on metamodern philosophy of music and all around. Even though she claims not to wave «the metamodernism flag», her music can be described as meta, or at least non-conventional.

You can feel the unique, unclassical combinations of sounds in Nastasia's music by listening to some of her compositions on Youtube. Nastasia's musical narratives are not linear and are, therefore, unpredictable. Russian Dead Ends start with an intensively loud passage, but then it — all of a sudden — gives way to a calmer part, which is performed in another rhythmic system. Isn't this the actual collapse of everything conventional that we are used to in music?

Another piece of Nastia's, The Book of Sorrow and Joy, excites the listener by virtue of its powerful imagery and its ability to transmit sensations of sadness, confidence, anxiety, and true happiness all at the same time. Khrushcheva's music embraces all of these feelings in a single performance and creates a parallel with life itself: the emotional complexity of the music resembles life and thus gives the listener the opportunity to experience these feelings all at once.

Nastasia is also a writer. Her books broadcast, to a certain degree, the ideas that she uses in her musical practices — or maybe they don't? This question begs discussion. In an interview with Nastasia we briefly discussed the funeral of composed music, Saint-Petersburg as its last refuge, and how to learn about metamodernism (spoiler: you can not).
— How to describe who Nastasia Khruscheva is without calling her by name?
— Next question.
— Is it necessary for a Saint Peterburg-ian composer to be in Saint-P.? Can your music be composed elsewhere?
— I don't know, I haven't tried to compose in other places, but the city is important for me as a text.
— Do you have any favorite spots in the city?
— Bryantsev Youth Theater and the area around
— What is currently happening in music in Russia and in Saint Petersburg in particular? How would you describe contemporary musicians and where are they headed?
— In music, the end of time for composers has come. Contemporary musicians are those who understand this simple fact, and they will go somewhere else after everything will die eventually. In Saint Petersburg, it is still possible to feel the last breaths of this epochal End, to experience it being eschatological and celebratory simultaneously.
— Still, it is quite interesting to teach at the conservatory these days. What kind of music is gen Z writing?
— The best of them are writing a weird kind of music (in a good way).
— Is there a reason for having a classical music education? Do you need to study in the conservatory to compose music?
— One can write without a conservatory, its function is existential rather than practical. But not everyone can get into it.
— Does a modern composer need to develop their personal brand? Is social media important?
— I don't like the expression «personal brand». Social media is important as it is still alive and continues living, unlike the time of composers.
— Which social media platform do you love the most? Instagram? Or, perhaps, music discussions on Facebook?
— Instagram and VK. I do not participate in discussions on Facebook, I just observe what's going on there.
— Are you creating an image of yourself on the Internet? Or in reality?
— I do not do this on purpose, I post compulsively, like it's an addiction.
— People often try to talk with you after your concerts. What are they usually asking?
— I was once asked by someone about playing my music at their funeral.
— What was the answer?
— I said, sure, be my guest.
— Do you hear some discussions in the audience?
— I don't like to eavesdrop
— Are there people who don't understand your music?
— I compose clear and understandable music overall.
— What if I don't understand music, but I'm willing to learn more. What to listen to, who to read? What would Nastasia Khruscheva recommend?
— If you don't understand contemporary music, just let it be. But in the music area generally I would recommend reading Astafiev, Druskin, Elmer Schönberger. You can listen to Canto Ostinato by Simeone ten Holt in any case.
— Is Canto Ostinato a complicated music piece? A never ending pattern.
— Yes, it is complicated and magnificent. And infinite.
— Were you impressed by something in music recently?
— No.
— Our readers have read your book and now keep sending memes on metamodern. Do you have a favorite meme? It can be about anything.
— This meme was made by Polina Kurdyukova 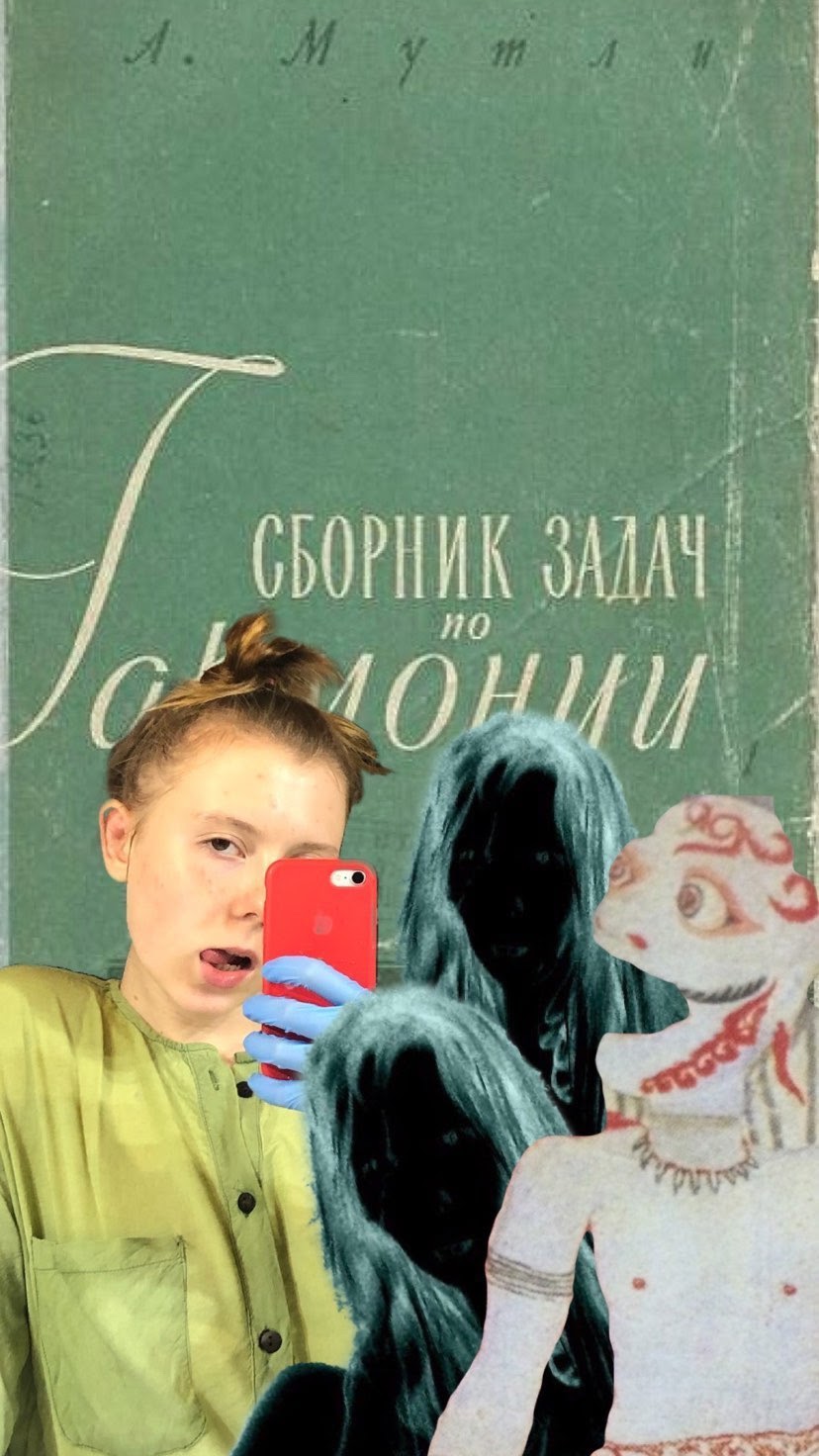 — What question is most frequently asked in interviews? How do you answer?
— What metamodern is. I answer differently each time, honestly, I have no idea what it actually is.
— We did not understand either. And what question did you always want to be asked?
— You can try to read my book, maybe you'll get the idea. You can't know what metamodern is, but you can get a feeling, an understanding of it.
— Yes. We don't know, but we think that we understand.
— This is exactly the question I always want to hear.
— Thank you!
— ❤
Tatiana Yuminova
Translator: Evgenia Maximenko
Introduction by Evgenia Maximenko
Обратная связь
Нажимая на кнопку, вы даете согласие на обработку персональных данных и соглашаетесь c политикой конфиденциальности.
Feedback
By clicking Next, I certify that I have read and agree to the Privacy Policy and Terms of Service.
We use cookies to provide the best site experience.
Ok, don't show again
Этот сайт использует куки-файлы и другие технологии, чтобы помочь вам в навигации, а также предоставить лучший пользовательский опыт.
ПРИНЯТЬ
We need your help to keep working until we'll find a sponsor
donate in any currency
© The Swings. All rights reserved
© The Swings. All rights reserved
Back to top
© The Swings. All rights reserved
© The Swings. All rights reserved
Наверх
Made on